What’s it about?
The main character in this novel is a 23-year-old young woman named Reno.  Reno is an artist that loves motorcycle riding, ski racing, and making short films.   The story takes us to three very different locations.  It is 1977 and we see the world of land-speed records in the West, the art scene in New York City, and the political upheaval of Italy.

What did it make me think about?
This novel has some incredible passages, but lacked cohesiveness.  I would flat out call it weird.  My sister loved it and says, “it is the story of an artist that wants to make an impact on the physical landscape she inhabits through her art, and yet she makes no impact on the people around her in her own life”.   My smart sister hit on one of the major themes of this book.   However,  I think there were lots of themes in this book.  It would make a great book club selection for the right group.  Think AP book club!

Should I read it?
This book was not a page-turner.  It was on almost everyone’s Best of 2013 list so I really was expecting to love it.  I was initially disappointed, but I do find myself thinking about it now that I am done.  I certainly did not grasp all of what Rachel Kushner was trying to say, but hopefully I will continue to process this book in the days and weeks to come.   Should you read it?   That is a good question…..

Quote-2 quotes because the writing is so good.
“Chance, to me, had an absolute logic to it.  I revered it more than I did actual logic, the kind that was built from solid materials, from reason and from fact.  Anything could be reasoned into being, or reasoned away, with words, desires, rationales.  Chance shaped things in a way that words, desires, rationales, could not.  Chance came blowing in, like a gust of wind. “

“You have time.  Meaning don’t use it, but pass through time in patience, waiting for something to come.  Prepare for it’s arrival.  Don’t rush to meet it.  Be a conduit.  I believed him.  I felt this to be true.  Some people might consider that passivity but I did not.  I considered it living.”

Question-
What did you think of the novel?  Share comments.  I need help with this one! 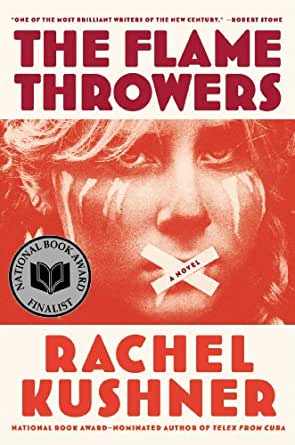