Barbara Ehrenreich is a well respected journalist with a host of books to her credit.  In this book she turns her attention to our new found fascination with “wellness” and our aversion to death.   At 74 years-old she has made some decisions.  “Once I realized I was old enough to die, I decided that I was also old enough not to incur any more suffering, annoyance, or boredom in the pursuit of a longer life.”  She began to question the way the medical establishment was steering older Americans to expensive tests and procedures as they age.   As a scientist (she has her Ph.D. in cellular biology) she questioned the efficacy of these treatments.

What did it make me think about?
As someone who does her best to live a healthy lifestyle this book was very thought provoking.  It had never occurred to me that our focus on wellness was anything but healthy.  Ms. Ehrenreich makes many valid points in this book.  However, she also just rants against various pet peeves- the humiliation involved in women’s health practices, religion, the way the fitness industry is geared towards the wealthy, and that “mindfulness” is just another invalid theory being thrust upon us by Silicon Valley.   All very thought provoking statements, but not really backed up by science either way yet.

Should I read it?
I really enjoyed “Nickel and Dimed”.  A previous book by the same author that tackled the plight of the low-wage worker.  This book was interesting and did have lots to say, but sometimes I felt like Ms. Ehrenreich was just spouting her personal opinions.   Sometimes these opinions seemed to lack facts to back them up.  The premise that our health obsession is another way for the rich to define themselves- and also a way for us all to remain focused on ourselves has some validity.  However, I would have liked some more science to back up these claims.  She did get around to discussing more of the science in the second half of the book and I appreciated that.  The idea that our cells possess agency was a fascinating concept.  You mean immune cells can just decide to go rogue?   It did give me pause about how much I want to chase after preventative care.  Maybe I should just be holding on until I feel something is wrong before I go have that test….   All in all an interesting read.  I would recommend it to groups as it would promote some lively discussion.  Now I am going to go eat a brownie!!!

Quote-
“If their is a lesson here it has to do with humility.  For all our vaunted intelligence and ‘complexity’, we are not he sole authors of our destinies or of anything else.  You man exercise diligently, eat a medically fashionable diet, and still die of a sting from an irritated bee.  You may be a slim, toned paragon of wellnessss, and still a macrophage wishing your body may decide to throw in its lot with an incipient tumor.” 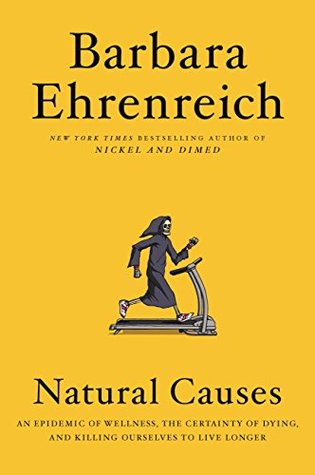 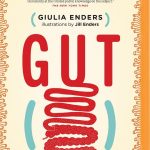 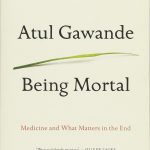 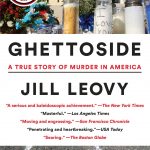 Ghettoside A True Story Of Murder In America
By Jill Leovy 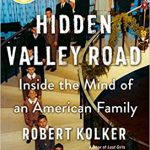