Ghettoside A True Story Of Murder In America

What’s it about?
This book follows the “ghettoside” murder (one young black man slaying another) of one teenager in South Central L.A. and the subsequent investigation.As Ms. Leovy points out, “Homicide had ravaged the country’s black population for a century or more.  But it was at best a curiosity to the mainstream.  The raw agony it visited on thousands of ordinary people was mostly invisible.  The consequences were only superficially discussed, the costs seldom tallied.  Society’s efforts to combat this mostly black-on-black murder epidemic were inept, fragmented,underfunded, contorted by a variety of ideological, political, and racial sensitivities.”

What did it make me think about?
I have always felt like anyone is lucky to have been born in America.  After reading this book I see that being born black, in an urban area, in America is not always lucky.  This book helped me to actually SEE the problem and then understand many of the contributing factors.

Should I read it?
This was a really interesting book.   Jill Leovy is an investigative reporter and she does an incredible job of laying out all aspects of the problem in clear terms.  The book follows one murder case from start to finish.  This gives the reader a personal story that we can all relate to.   This book shines a light on black on black violence, police techniques, and some very special detectives in the LAPD.

Quote-
“Prison was safer than freedom for young black men in California, who were much more likely to be murdered outside than in.  Some gang members even described incarceration as a reprieve- a temporary break from the terror of the streets, like a soldier’s leave from battle.
The young man indicated his ‘gang identity’ was a ploy to survive.  ‘Gotta play the role,’ he told Skaggs. ” 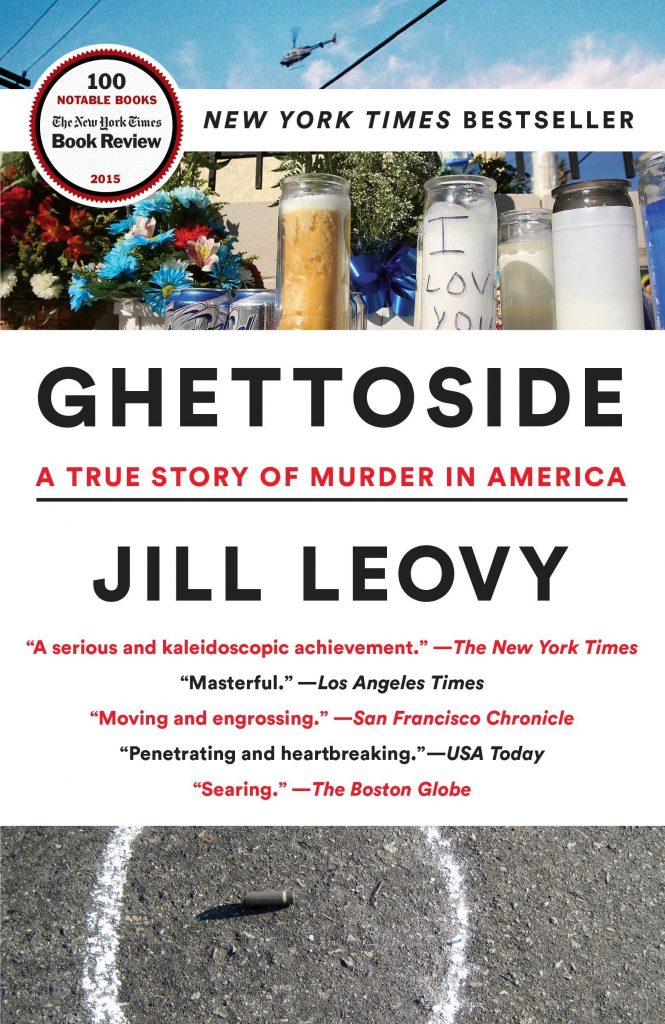