Fire Shut Up In My Bones

What’s it about?
I love a good memoir and was excited to read this one.I have seen Mr. Blow on many discussion panels on television and was interested in his story.He has quite a story.Charles M. Blow is a New York Times Columnist who grew up poor and black in the rural South.He recounts his sense of being different as a child, sexual abuse, racial tensions, hazing in black fraternities, and the struggle with his sexual identity.

What did it make me think about?
I enjoyed the book, but at times Mr. Blow is almost too introspective.I love introspection so this is hard for me to admit, but it became tedious at times.

Should I read it?
I would recommend it but I have read many memoirs that I liked more .That being said his life was very interesting and I think I would like him very much if I were lucky enough to know him.

Quote-
“I was a quiet introspective boy, and these folks helped me to appreciate that part of myself.They taught me how to be patient and kind- that there was a beauty in all things.I picked up their skill for slowing time to a crawl, a skill that people whose time on earth was coming to an end had learned to master.They taught me that you only live once,but for a life well lived, one turn is enough.They baptized me in their sea of stillness, and I emerged more like them than not. 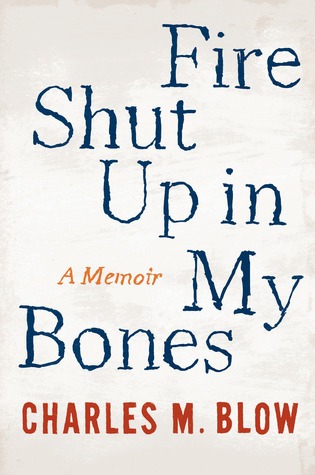