​What’s it about?
This novel is set in the 1960’s at The Cause Housing Project in Brooklyn.  The story centers around an old church deacon named Sportcoat that can’t stay away from the booze.  His wife Hettie has died and he spends too much time drinking and talking to her ghost.  He is obsessed with finding the Christmas Club money she left somewhere because he is afraid the church people will think he stole it.  One day he drinks too much and walks up to the neighborhood drug dealer and shoots him.  Now the whole neighborhood gets involved to protect him.What did it make me think about?
Brooklyn and changing neighborhoods.

Should I read it?
This was my favorite James McBride novel to date.  I loved the characters and he just brings Brooklyn in the 1960’s to life.  It takes some patience in the beginning but if you stick it out Sportcoat may be one of your favorite literary characters this year.

Quote-
​”She’d known most of them her whole life.  They stared at her with that look, thatprojects​ look: the sadness the suspicious, the weariness, the knowledge that came from living a special misery in a world of misery.  Four of their numbers were down- gone, changed forever, dead or not, it didn’t matter.  And there would be more.  The drugs, big drugs, heroin, were here.  Nothing could stop it.” 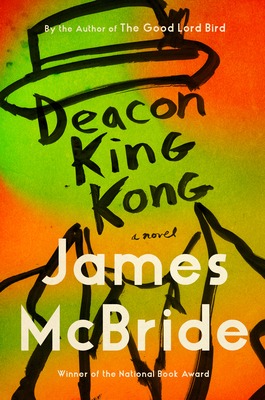 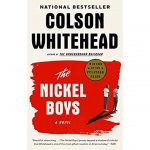