What’s it about?
Louis is a sixty three years-old and his wife has left him.  He spends his days watching TV and avoiding people.  His only company comes when his ex brother-in- law Frank brings him his leftovers from Chili’s.   One day Louis is out in the car and takes a wrong turn to avoid running into his ex-wife.  He stops and sees a sign about a free dog.  Louis and the dog (Layla) take to each other immediately.   Soon Louis and Layla are inseparable and life seems to hold new adventures.

What did it make me think about?
This novel was such a Southern book.  It takes place in Mississippi and the quirky Southern characters are of that particular place.  Louis is quite the character study.

Should I read it?
So I am a dog person and that is what appealed to me about this novel.  I really thought I would love this book.  Think-​The Unlikely Pilgrimage of Harold Frywith a dog!  But Louis is not Harold.  In fact, Louis just does not care much for people.  This book is long on character and short on plot.  If you like a quirky, Southern novel then you will enjoy reading about Louis and Layla. I did like the book, but must admit to wishing it would just be done…Louis just tired me out.

Quote-
“I asked her some questions: Was she happy?  Did she love  me?  Was I the most handsome man she’d ever seen?  Would we love each other forever?  I liked the way her ears went up simply because whatever silly thing I’d said had been phrased as a question.  She would accept my faults and ask for nothing in return besides some bologna and a bit of attention whenever I felt up up giving it to her.  She didn’t need me to tell her I would never love anyone else or that I’d die for her.  But I could tell her those things and they’d be true.  It was easy with a dog.  I didn’t have to give her flowers or remember her birthday, didn’t even know her birthday.  She would never be disappointed in me.  I felt like I’d never loved anyone more.” 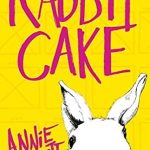 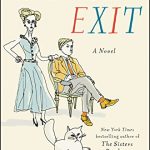