Theo is a professor of Astrobiology who studies life on other planets.  He is a single dad raising his son Robin in Madison, Wisconsin.  Robin is struggling after the sudden death of his mother and that means Theo is struggling as well. With an awe of nature and a skepticism towards man- this novel explores our relationships with each other, as well as our relationship to our own planet.

What did it make me think about?

Science, childhood, parenting, empathy, and what we are leaving our children.

“THEY SHARE A LOT, ASTRONOMY AND CHILDHOOD.  Both are voyages across huge distances. Both search for facts beyond their grasp.  Both theorize wildly and let possibilities multiply without limits. Both are humbled every few weeks.  Both operate out of ignorance.  Both are mystified by time.  Both are forever starting out.”

So “The Overstory” by Richard Powers has been sitting on my nightstand for far too long- waiting for when I have more time. What a fool I am!  Richard Powers is not only a University of Illinois graduate, but he is a masterful storyteller.  I am sure his 600 page book on trees will delight me- so what is taking me so long?

Obviously I loved “Bewilderment” and I highly recommend it.  For those of us who grew up reading “Flowers for Algernon” , by Daniel Keyes, this book is especially poignant. If you have never read Richard Powers it is time to start.

“ Watching medicine fail my child, I developed a crackpot theory: Life is something we need to stop correcting.  My boy was a pocket universe I could never hope to fathom.  Every one of us is an experiment, and we don’t even know what the experiment is testing.”

“This late in the world’s story, everything was marketing.  Universities had to build their brands.  Every act of charity was forced to beat the drum.  Friendships were measured out now in shares and likes and links. Poets and priests, philosophers and fathers of small children; we were all on an endless, flat-out hustle.” 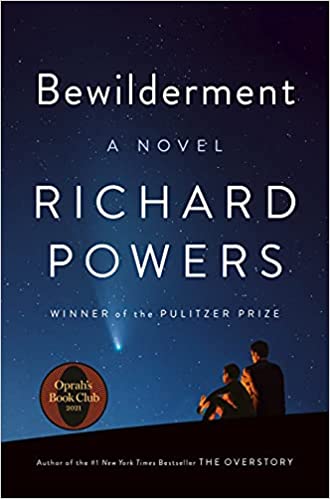 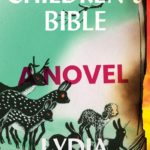 A Children’s Bible
By Lydia Millet 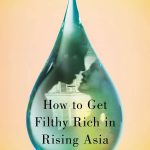 How To Get Filthy Rich In Rising Asia
By Moshin Hamid 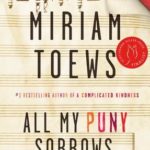 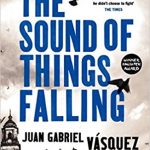